What To Do In Pasadena in Two Days 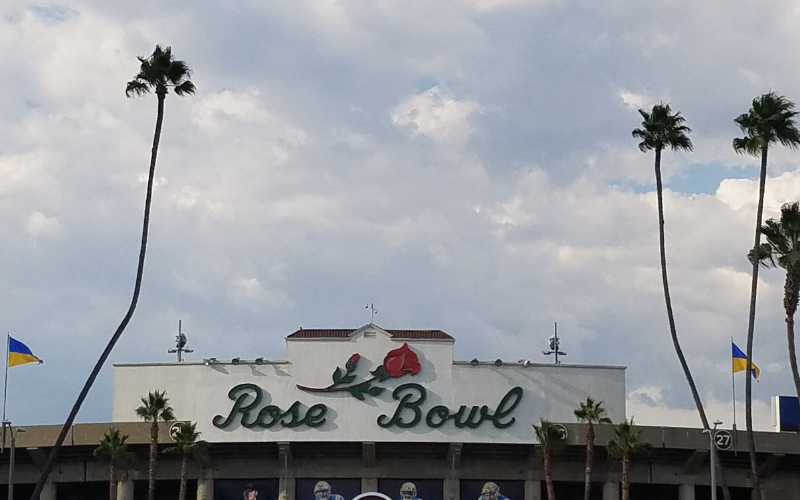 If you’re visiting the city of Los Angeles soon, don’t overlook the beautiful city of Pasadena! Located just a few miles northeast of Downtown LA, there are a lot of fun things to do in Pasadena, and some are even free!

I started my day getting coffee and a scone at this cute little drive up coffee hut. Bright and colorful, it sits in the parking lot of a storage center so just pull up into the driveway and order your morning cuppa.

As fun and cheery as the colors made me feel, I also received a friendly and warm welcome from the barista who helped get my morning off to a good start.

According to their Facebook page, Willa opened the hut mid-2017 but then died suddenly in December. Her family now operates Willa’s Coffee in honor of her vision of what a coffee hut should be: “your morning stop, and a canvas for artists, with a good dose of goth.”

So cheers to them and be sure to stop by the next time you’re in Pasadena. I will definitely make a point to go back often! 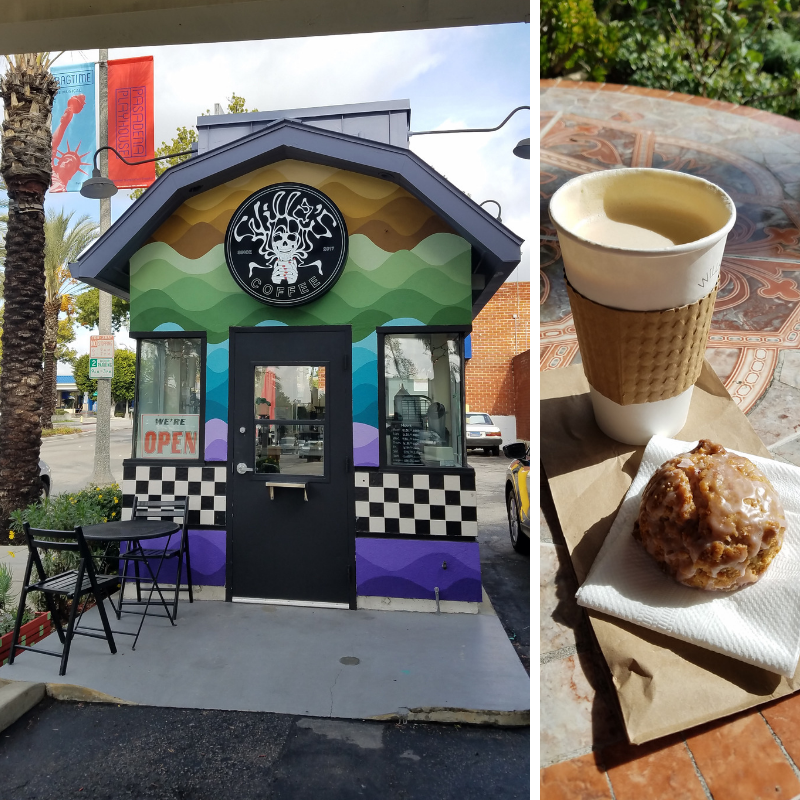 Coffee in hand (well, in my car’s cup holder), I headed a few blocks west to one of Pasadena’s hidden gems, Arlington Garden.

Founded in 2005 by Betty and Charles McKenney, this 3-acre water-wise community garden celebrates Southern California’s Mediterranean climate. Open daily during daylight hours, the garden is free to the public.

Enjoy a meditative walk thru the labyrinth, or find a chair to sit in while you enjoy your morning coffee and watch a hummingbird hover near the flowering trees and the butterflies flit from one bush to the next. Walk around and explore the different garden statues, some stately and some quirky. Or hang a note at the wishing tree.

Whatever you choose to do, I promise it will be a beautiful and peaceful visit when you come. 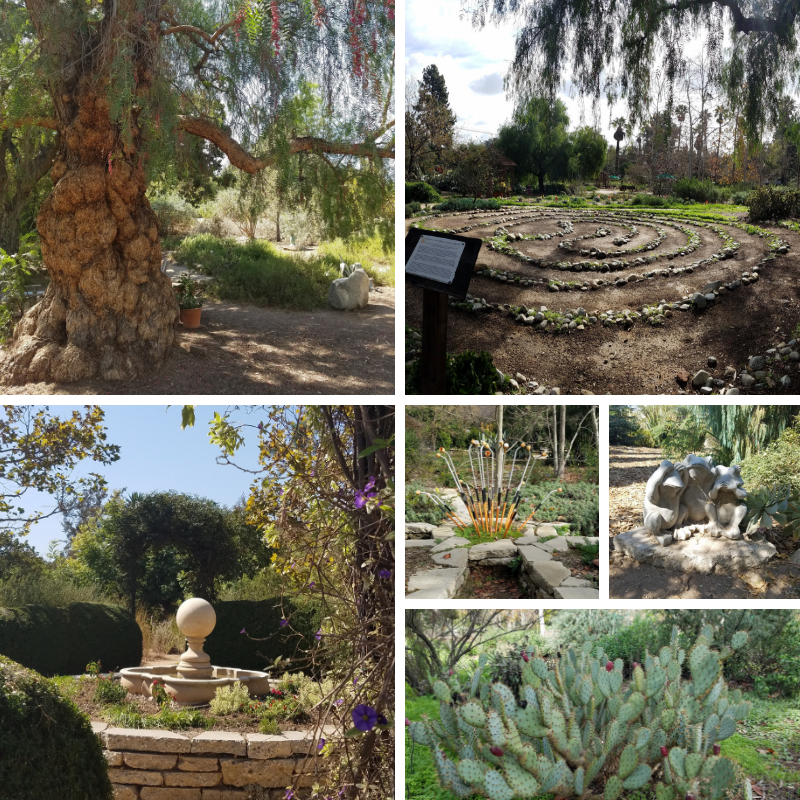 With over 12,000 pieces from artists such as Degas, Van Gogh, Rembrandt and one of the only paintings by Raphael on the US West Coast, Norton Simon’s collection also includes many Indian and Southeast Asian pieces that span over 2,500 years. 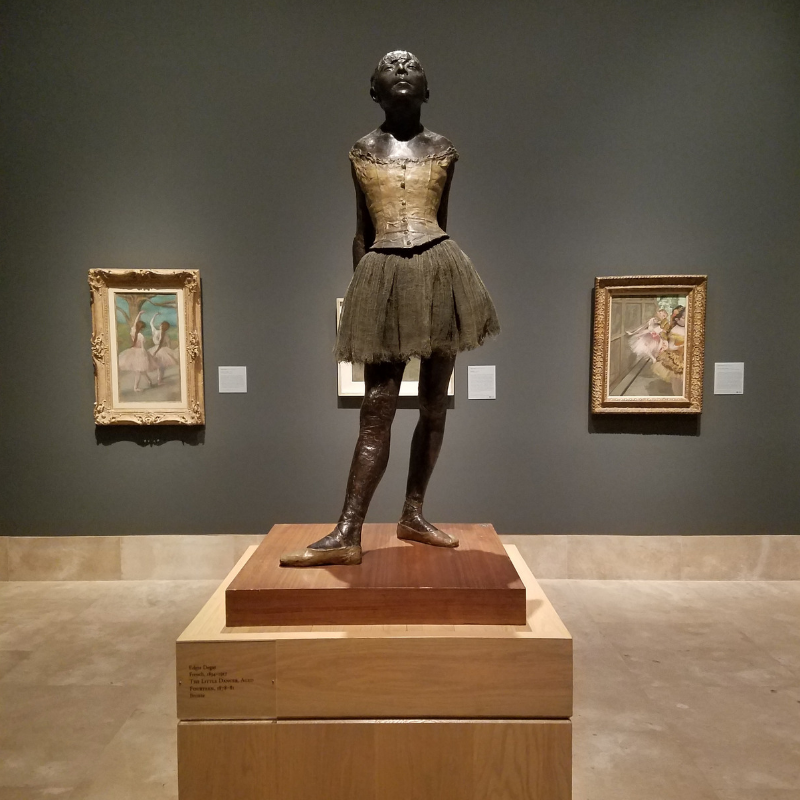 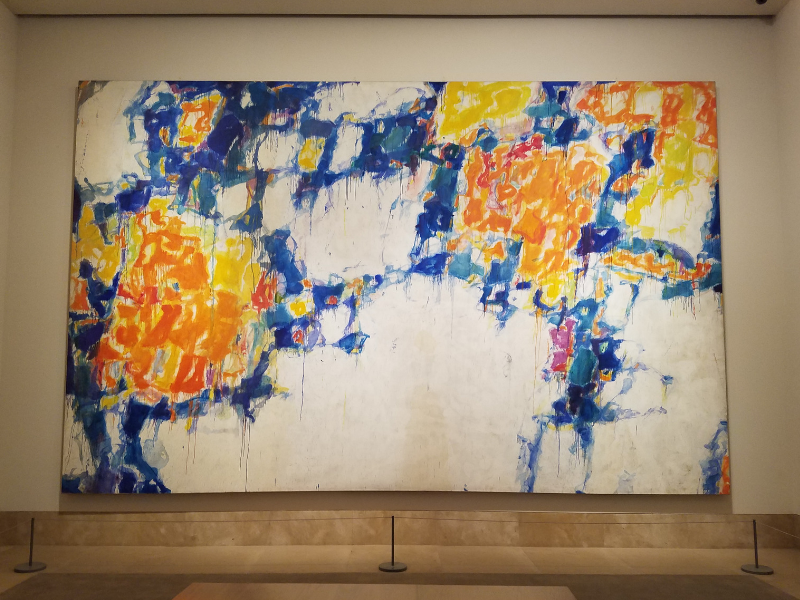 Be sure to walk through the Sculpture Garden in back of and around the building itself. In addition to many important sculptures, the grounds include a beautiful pond filled with water lilies surrounded by trees, flowers and walking paths. They also have a copy of Rodin’s The Thinker, which I’ve also seen in France, Philadelphia, and New York City. 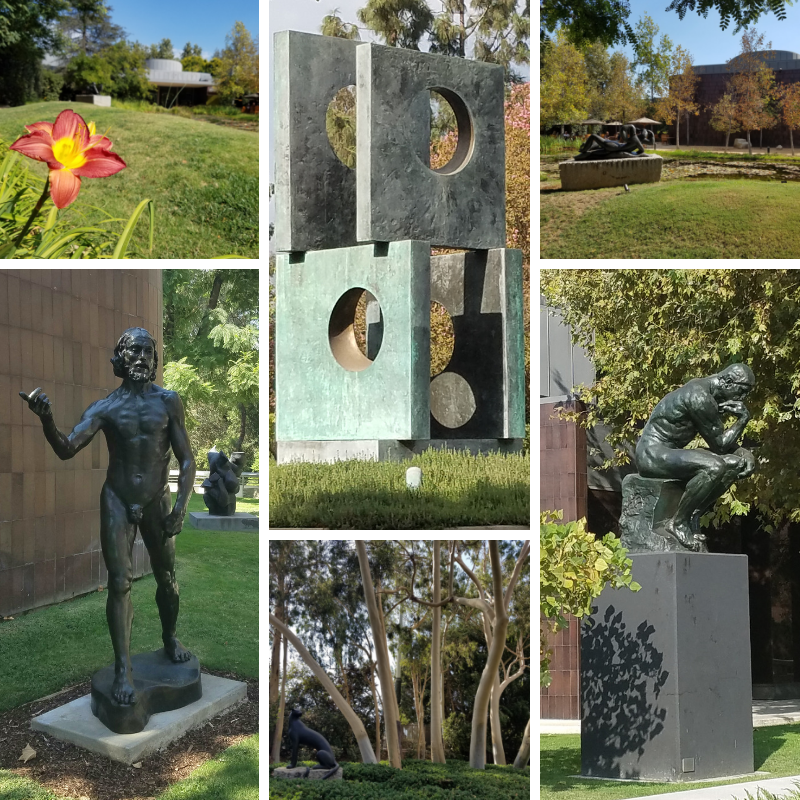 I visited Chim! Thai Street Food for lunch and enjoyed a delicious Panang Curry. It had just enough kick to make it interesting without being overwhelming and the chunks of beef were good-sized. Although a smaller restaurant, it’s a fun atmosphere inside, with an open kitchen so you can to watch the cooking action from your seat. There was a small parking lot in front and street parking all around. 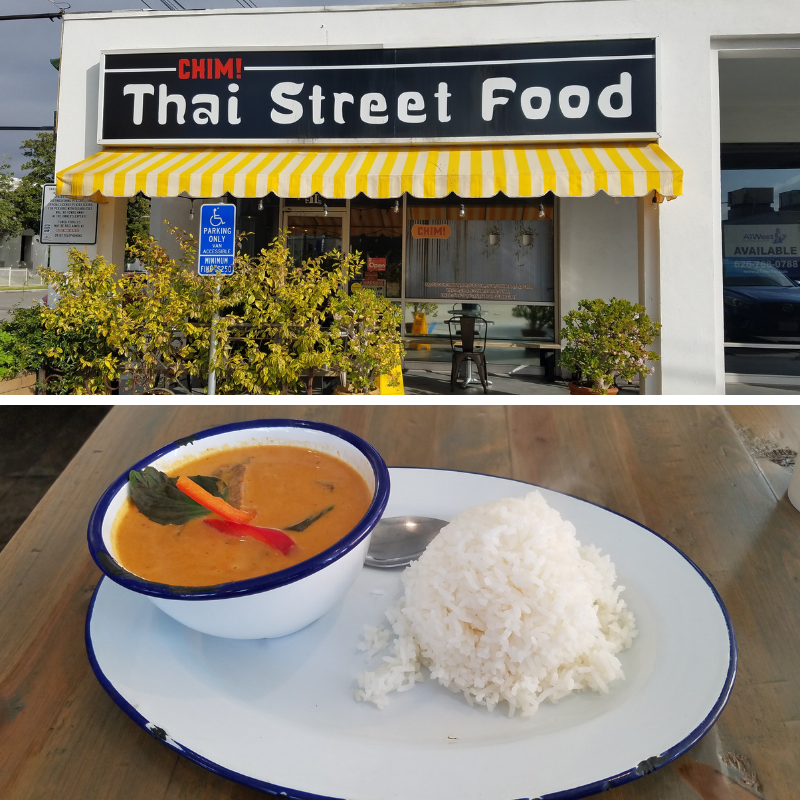 If you watch such TV shows as The Big Bang Theory, Parks and Recreation, Jericho or saw the 1995 movie “A Walk in the Clouds”, you have already seen the Pasadena City Hall without realizing it!

Completed in 1927 (with a major renovation in 2004-2007 for seismic retrofitting), this beautiful building is listed on the National Register of Historic Places. You can walk thru the arched hallways and marvel at the elements of Italian Renaissance and Spanish Revival architecture or admire the roses growing in the courtyard next to the Baroque style stone fountain. 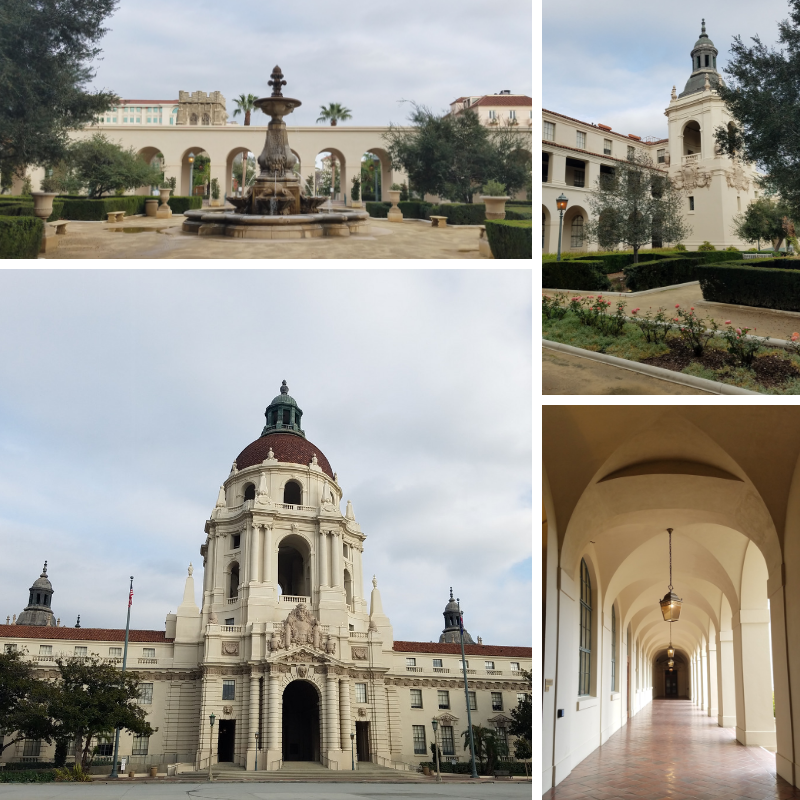 Houston’s is a famous steakhouse in Pasadena. Although my red-meat-leaning-dinner-companions were *appalled* I ordered sushi at a steakhouse, I loved it! If you like sushi, be sure to check out their Kuuri Maki (top) and Nigiri Plate (bottom) when you visit. 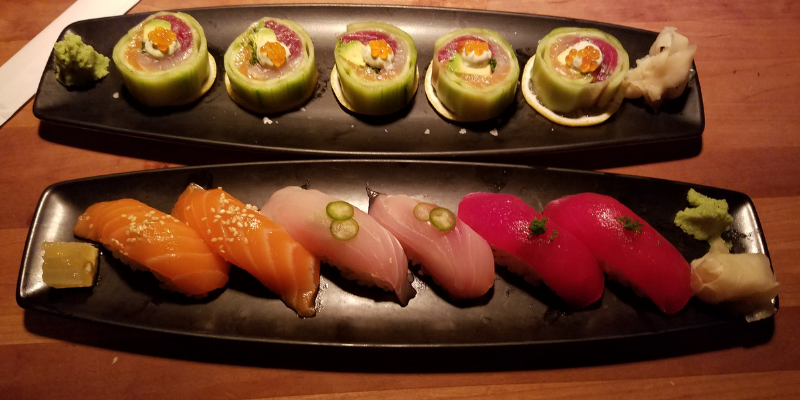 My second day in Old Town Pasadena started with brunch at Russell’s. A Pasadena institution since the 1930s, Russell’s is widely known for its breakfast offerings (like the massive breakfast burrito pictured here) but is also open for lunch and dinner. 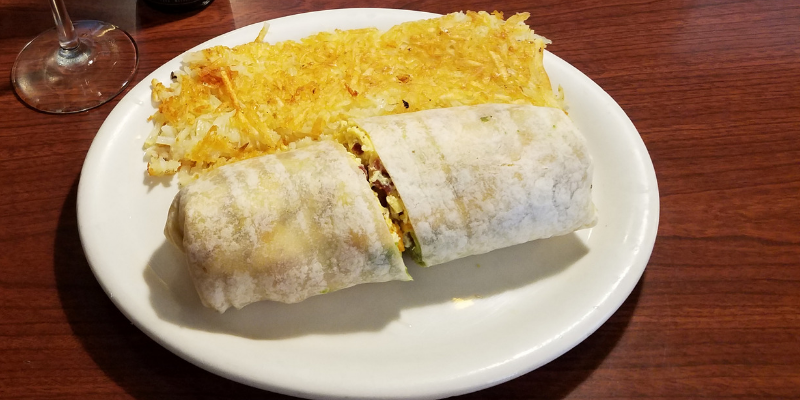 Pasadena comes from the Ojibwa (Chippewa) word for “of the valley”. The city was incorporated in 1886 and just a few short years later the Tournament of Roses Parade began in 1890. Pasadena, and specifically Old Town Pasadena, center on the intersection of Fair Oaks Ave and Colorado Blvd.

Both an artistic and industrial center that flourished for the early part of the 20th century, the Downtown area fell into despair by the late 1960s. It was revitalized in the 1990s when the city established Old Pasadena as a major retail and dining area. Now, “Old Pasadena is where old meets new”.

I wandered through the shopping area a bit, enjoying the mix of big, well-known stores on the main street and the smaller, independent shops tucked away in the well-kept alleyways. 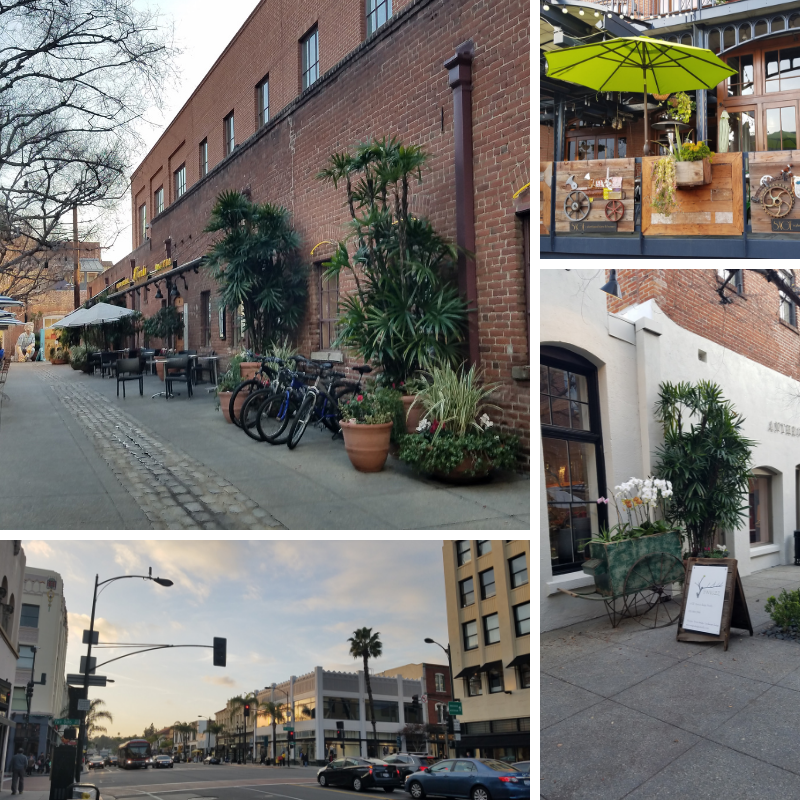 One of my favorite finds was The Soap Kitchen (25 N Fair Oaks, Pasadena, CA 91103) an independently owned shop where they make handmade all natural olive oil soap and soy candles, scented with essential oils and herbs. I definitely recommend checking it out when you’re in town! 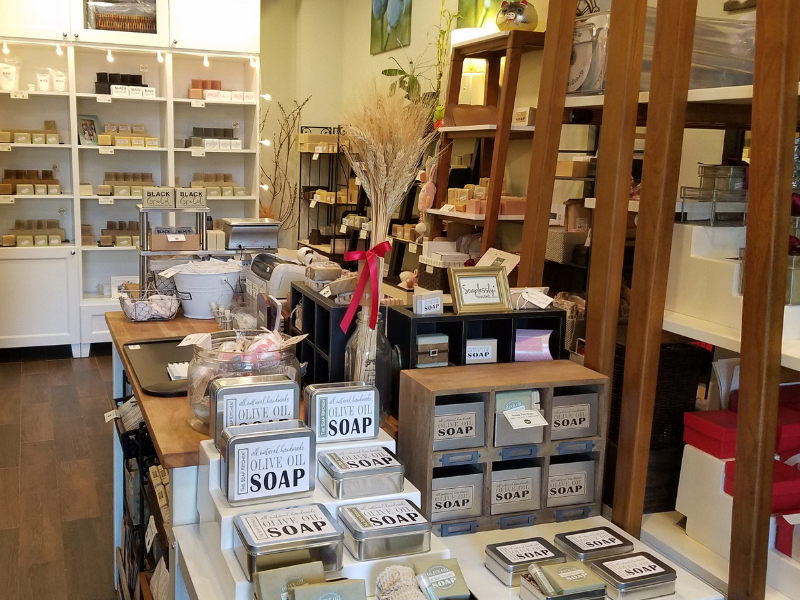 There is street parking all throughout the Old Town area and a number of ramps that offer free parking for the first 90-minutes but do note: it’s all automated ticketing so even if you’re just one minute over, you’ll get charged (she says from experience).

Pasadena has an amazing amount of street art located all throughout the city. You can get a free brochure from Pasadena’s Visitor Center that explores Pasadena’s Public Art with 8 different self-guided walking tours! You can get it from the center itself (300 E Green Street, Pasadena, CA 91101) or download it from their website.

Here are just a few of my favorites that I found while walking in Pasadena.

The sculptures reflect the city’s appreciation for the brother’s contributions beyond the athletic sphere as role models for African Americans and others in their ability to overcome racial barriers and offer hope under the contemporary social climate. The brothers’ accomplishments can be traced to their youth in Pasadena and beyond through Mack’s competition in the 1936 Berlin Olympics and Jackie’s years with the Brooklyn Dodgers. 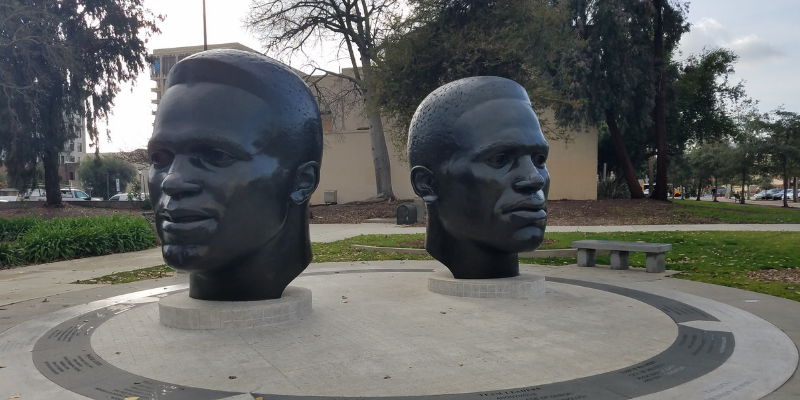 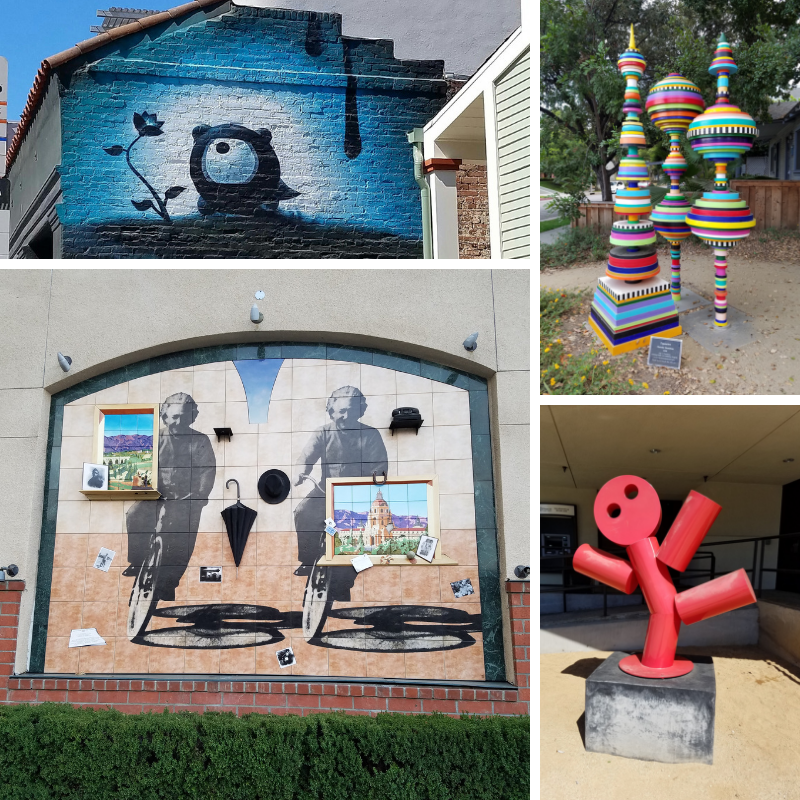 Gelato can be lunch, right? Hello Gelato was a cute little spot that had a delicious Roasted Almond Gelato that may or may not have been my lunch… 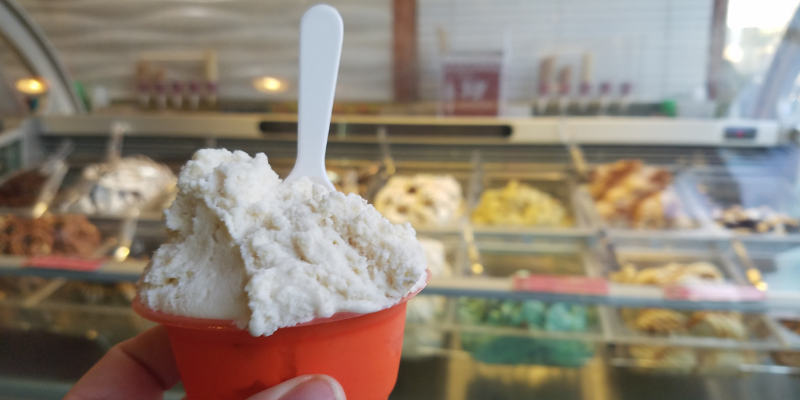 The Pasadena Museum of History is another hidden gem in this city. Founded in 1924 as the Pasadena Historical Society whose mission was to “collect, preserve, and exhibit materials that documented the founding and early history of the city.”

Their current exhibit is “Something Revealed; California Women Artists Emerge 1860-1960” celebrates “a long history of excellence in female-created art and prove(s) that women could and did contribute to the evolution of style, technique, and exploration in the world of art.” (quoted from their website)

I happened to go on a day they were switching up some of the items in this exhibit, so the curators were around and willing to talk about their venue and the items in their current exhibit. I learned more about California History in my time here than my entire 15 years living in Los Angeles!

For instance, LA razed most of the old Chinatown in the 1930s. However, the painting, Wrecking Old Chinatown by Daisy M Hughes (bottom right), showed up and was dated March 11, 1951. At first, the curators just assumed that it was a mistake, however after doing some research, they were able to confirm that the last sections of it, namely west of Alameda Street, were not torn down until 1951 when the city streets were widened. They found a newspaper clipping on that date with an article stating that the last sections were being demolished.

Mary Blair was a concept artist for Disney and created the character designs for many of their early movies. She also created the concept art for their exhibit It’s A Small World for the 1964 World’s Fair, and she has created murals that are showcased in Disney parks and hotels. This exhibit displayed many pieces of her work including some pieces prior to her work at Disney. Shown here is some concept art for the Disney film The Three Caballeros (right middle).

Finally, did you know that from 1912 thru 1948 art competitions were part of the Olympics? Well, there were! There were 146 medals were awarded for architecture, literature, music, painting, and sculpture. Ruth Miller Kempster won a silver medal in 1932 for her painting Struggle. Here in the exhibit, we see a few other paintings of hers along with the one pictured here titled Housewife c1935 (bottom left).

It is also home to the Rose Bowl Flea Market – 2nd Sunday of each month in the parking lots, claims to the be the largest flea market on the West Coast.

A walking trail and a golf course surround the stadium and grounds. The walking trails are open to and well used by the local community. It’s a great walk when you’re looking to be a little more athletic on your travels!

On last iconic sight in the Pasadena area is the Colorado Street Bridge. Built in 1912, it sits alongside the Venture Freeway and spans the Arroyo Secco. And, like Pasadena’s City Hall and Rose Bowl Stadium, it is also on the National Register of Historic Places.

You may recognize it from the 2016 movie La La Land, a bungee jumping scene on the TV show Full House or, for those who go back a little further, it was also featured on one of my personal childhood favorites, the 1970’s TV show Emergency! 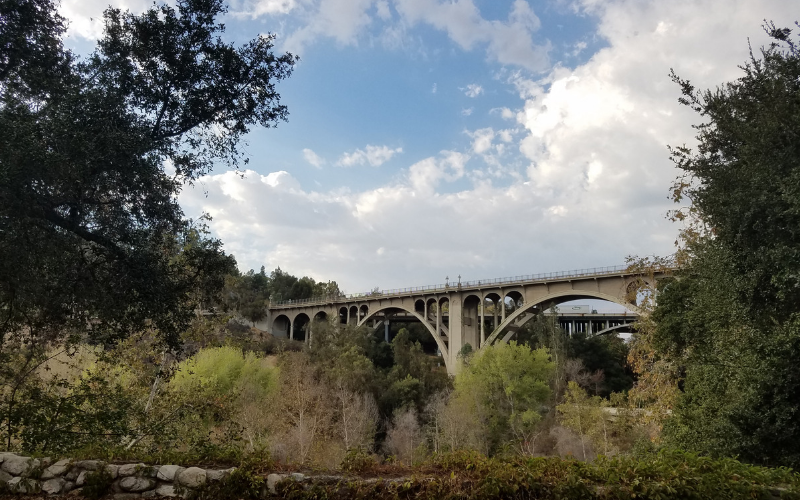 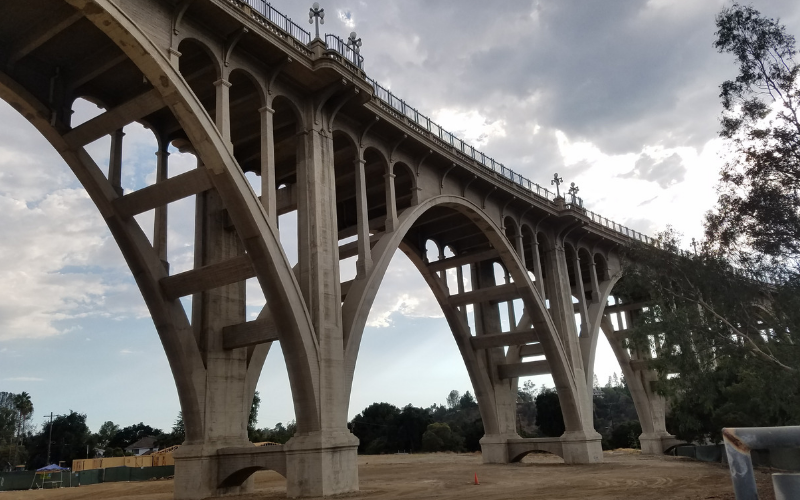 Here are my itinerary and budget for my trip: 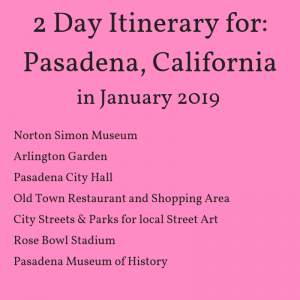 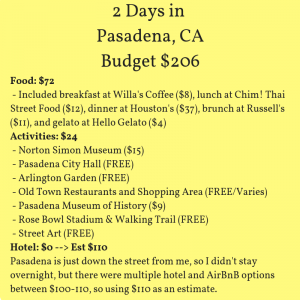 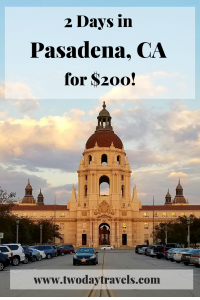 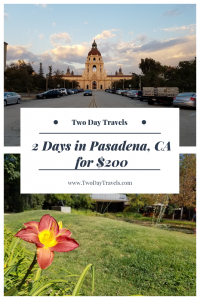 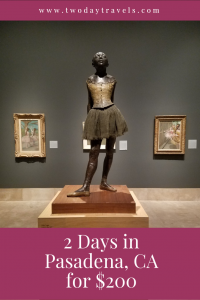