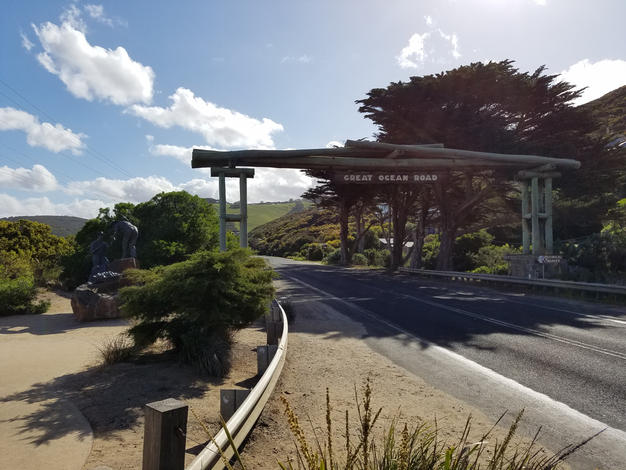 While I was in Melbourne last October, I wanted to take a trip along the Great Ocean Road. What I didn’t realize ahead of time is that the road is actually a war memorial, the world’s largest in fact. It was built between 1919-1932, by and dedicated to the soldiers of World War I.

I found a tour company (here) that offered a 2 day guided tour that included van transportation, overnight accommodations in a dorm-style hostel, and dinner after the first day of driving. The tour company provided pickups from various locations around Melbourne, so it was easy to find one near where I was staying. There were 10 people on the tour, plus the driver/guide.  After picking everyone up, we drove inland straight from Melbourne to Warrnambool, to get the biggest chunk of driving out of the way. We stopped in Warrnambool for provisions (items for lunch/breakfast/drinks), then we hit the coast and began our sightseeing portion of the trip.

Our first stop was the Tower Hill Wildlife Reserve, Victoria’s first national park, established in 1892. Built around an extinct volcano, it is now home to much wildlife including koalas and emus (seen here), and supposedly many kangaroos, but they were nowhere to be found while we were there… 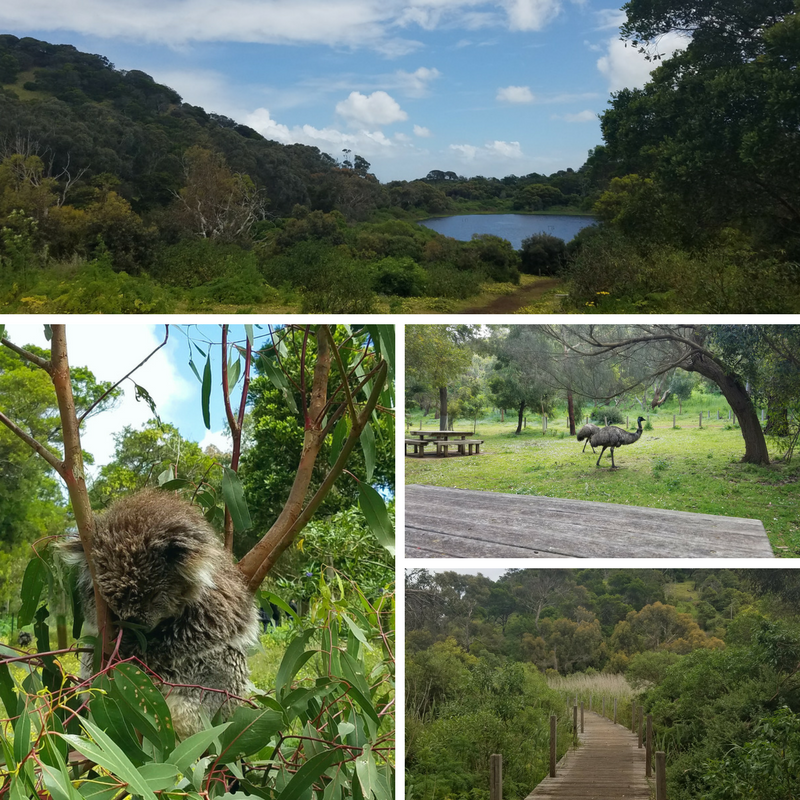 Next up was the Bay of Islands, a 32 km (20 miles) stretch of coastal reserve that introduced us to the beauty we were going to see on this trip. 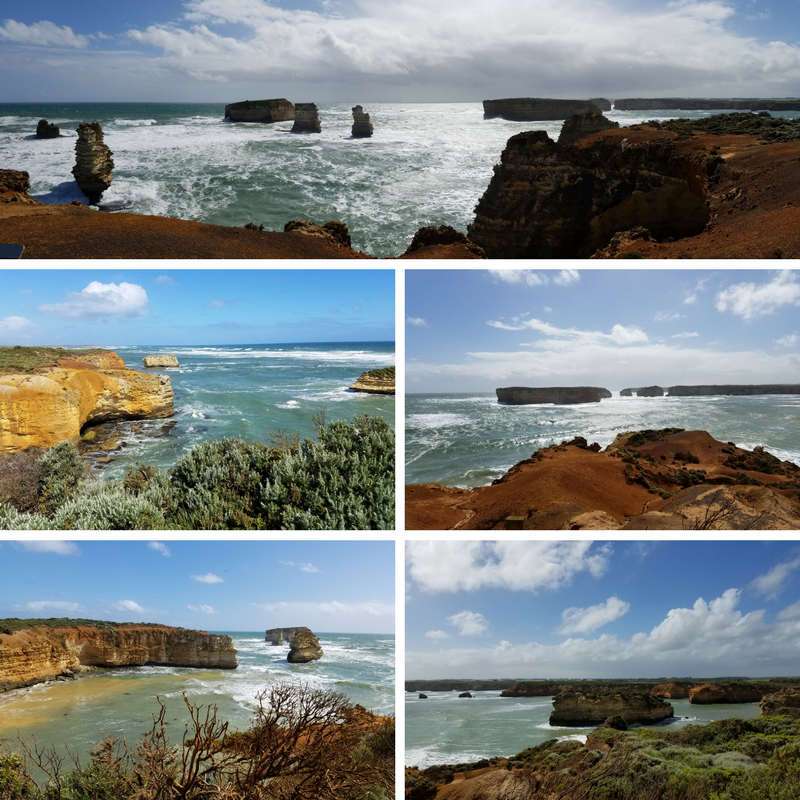 The Grotto is a naturally occurring sinkhole (a geological formation caused by erosion from the water). I almost didn’t want to go all the way down the stairs, just to “look at more rocks” but luckily I changed my mind and got a chance to see this beautiful formation, which at low tide allows you to look out over the tide pool to the ocean. 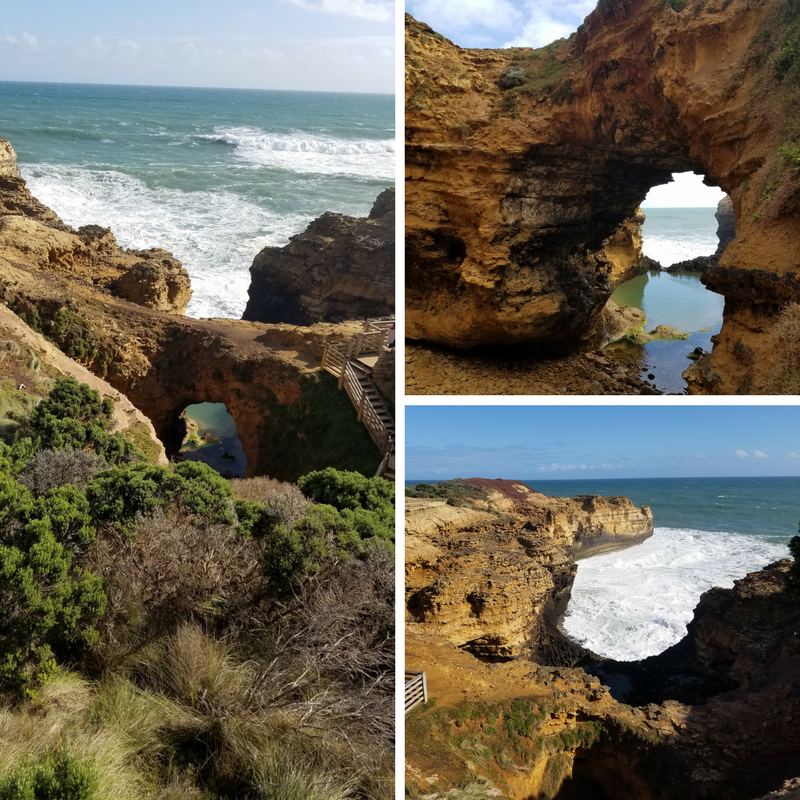 Named due to its resemblance to the man-made London Bridge, this formation was originally attached to the mainland at the left of this photo, until an entire segment of the archway collapsed in 1990! 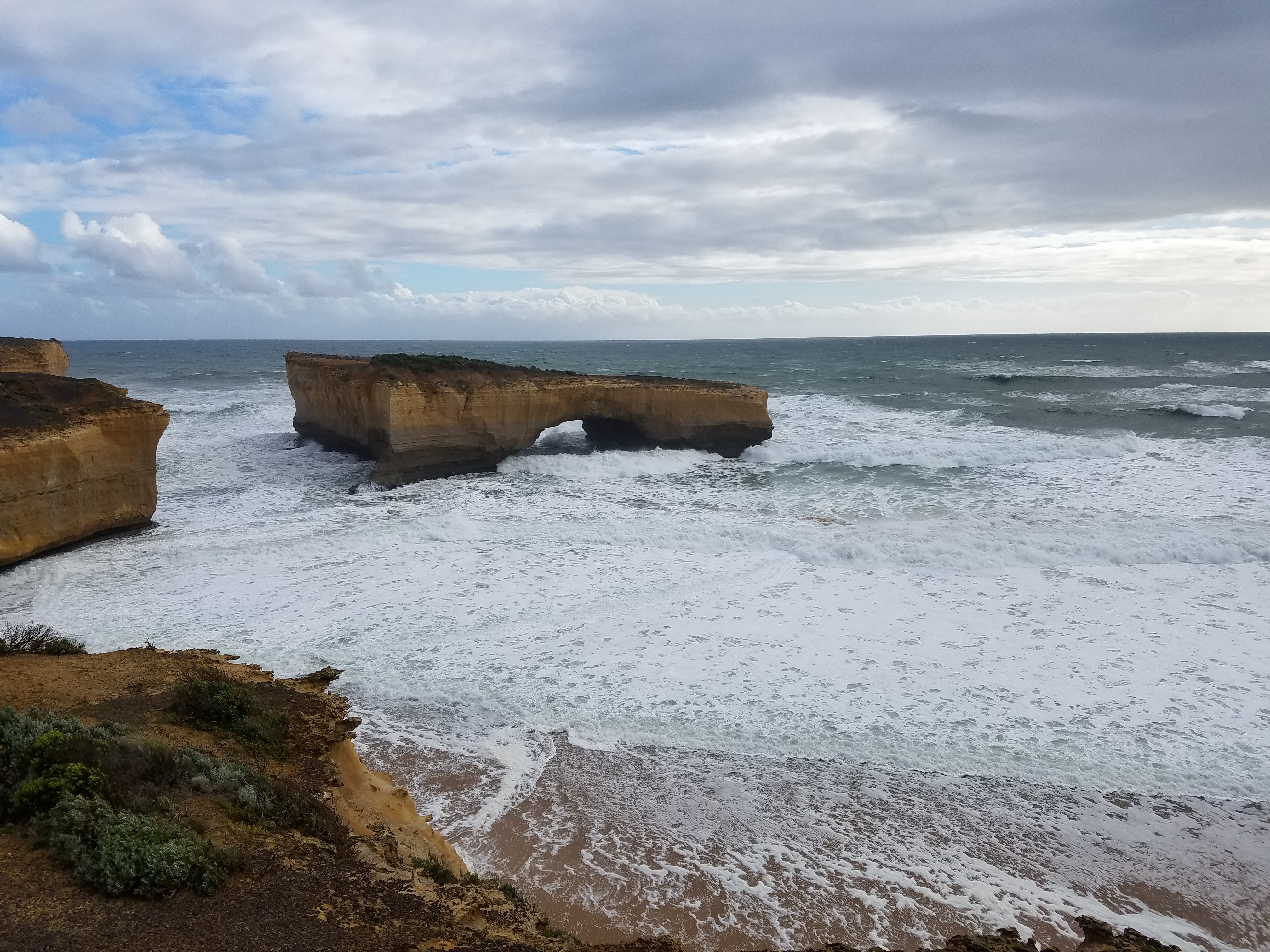 Our final stop of the evening was at the world famous 12 Apostles. Of all the sights, these are probably the most widely known. Some of the limestone stacks have collapsed over the years (most recently in 2005) so there are currently only 8. We were able to make this stop just as the sun was setting, creating a beautiful, colorful show. After the sunset, we headed to the hostel for the evening. 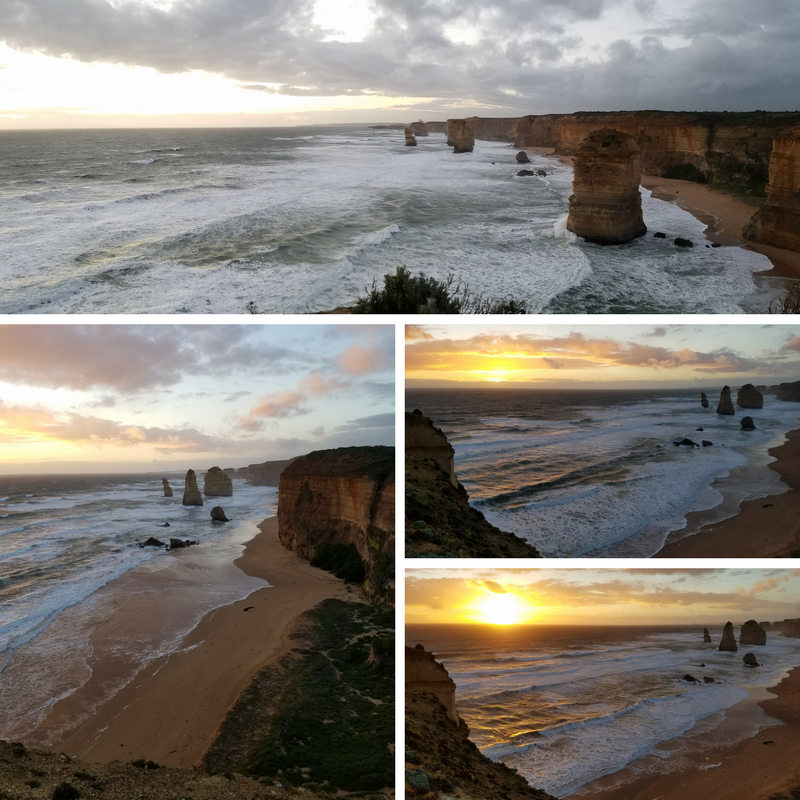 Since our hostel was nearby, we went back the next morning for the chance to see the 12 Apostles in a different light. 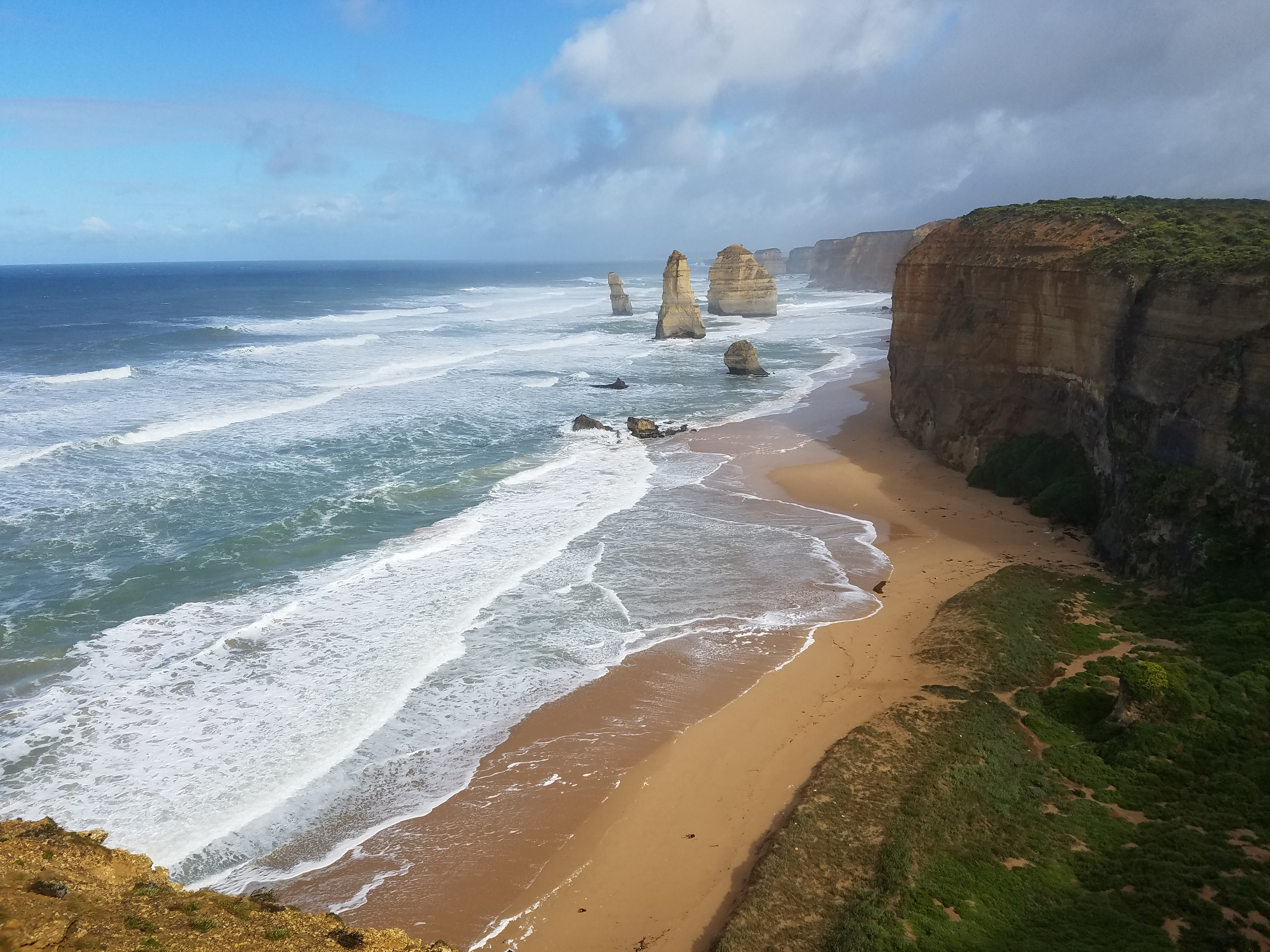 From there, we went to Loch Ard Gorge, where the clipper ship Loch Ard ran aground in 1878. There were only 2 survivors out of the 54 passengers and crew: 15-year-old crewman Tom Pearce and 17-year-old passenger Eva Carmichael. After flailing in the stormy waters Tom washed ashore but went back in the water after hearing Eva’s screams for help. They found shelter in the back of a cave and kept warm (with a case of brandy that had miraculously washed ashore there with them). Eventually, Tom scaled the walls of the cliff and went in search of help. After losing her entire family in the storm, Eva returned to England, much to the disappointment of the public who were hoping for a more romantic ending to this tragedy. 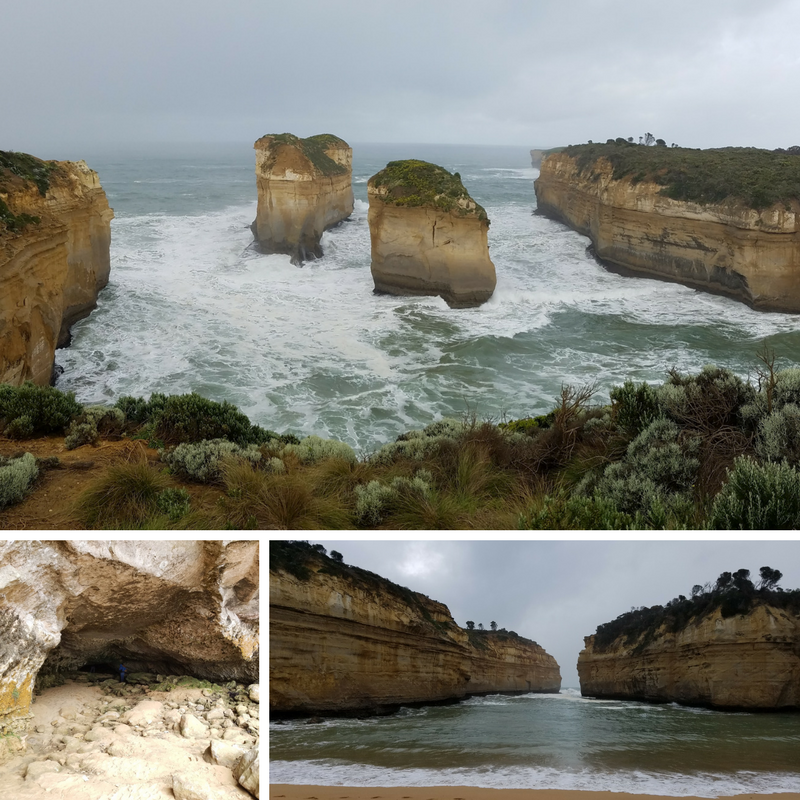 In this same area, you’ll find the Razorback another limestone stack carved out by wind and water erosion. 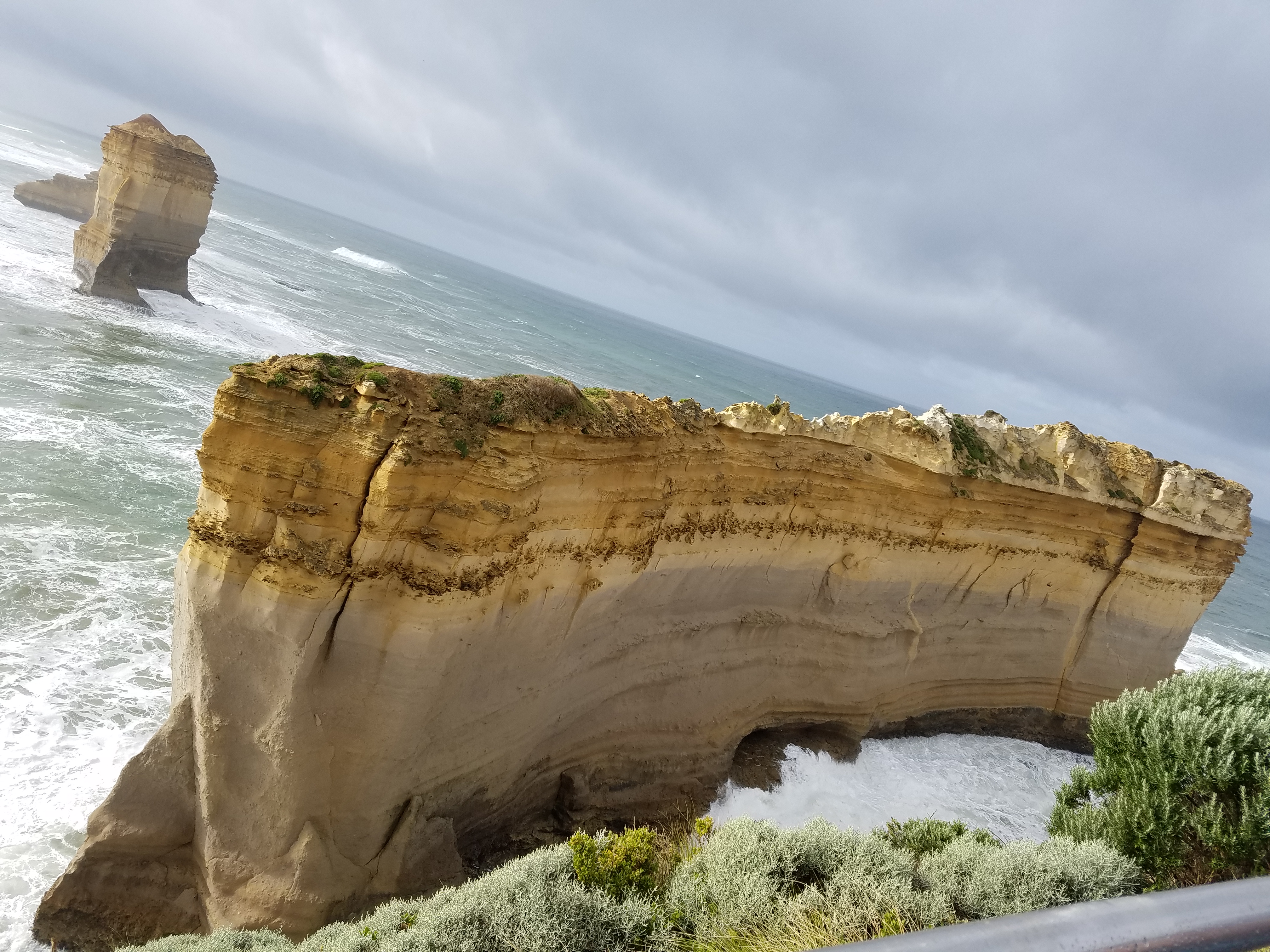 You can get another perspective of the cliffs and limestone formations by climbing down Gibson’s Steps to see everything from beach level. Just remember though you have to climb back up those 86 steps to get back to the car!! 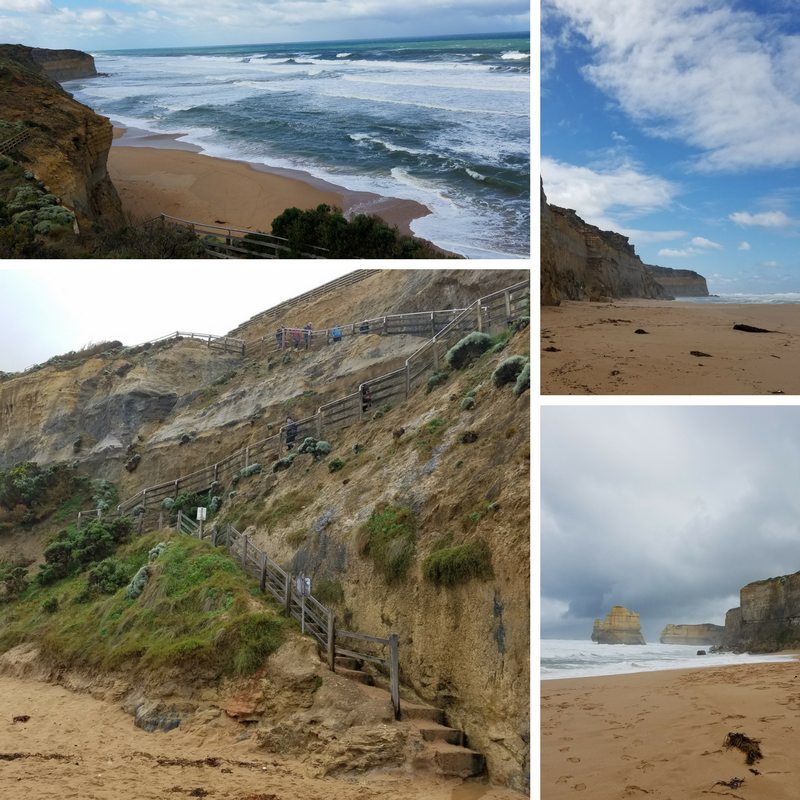 Further down the road is Maits Rest Rainforest Walk. A wooden boardwalk runs thru this cool temperate rainforest, allowing for an 800m self-guided walk past trees that are over 300 years old! 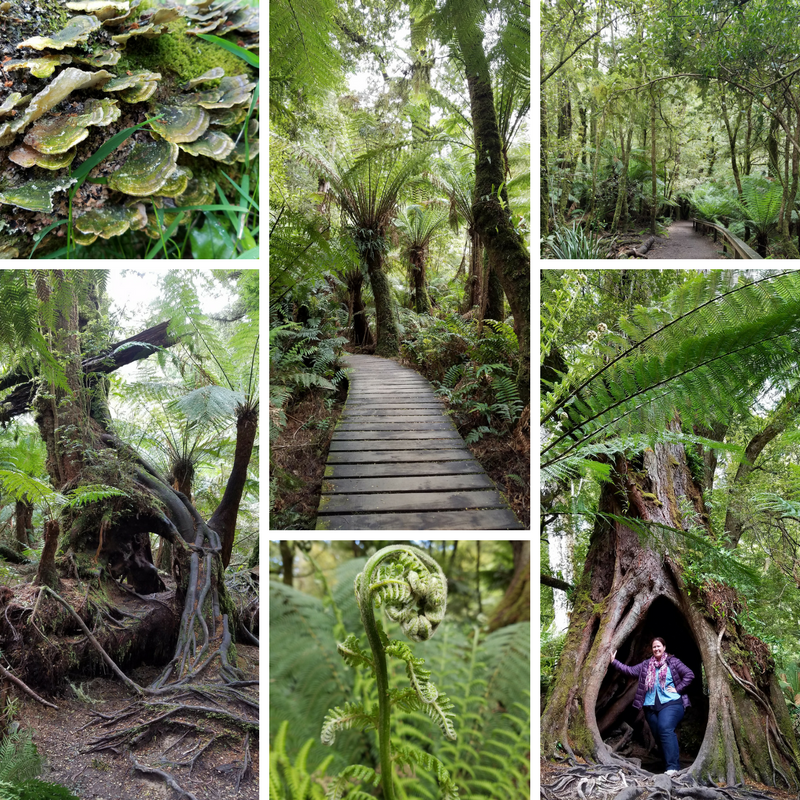 Apollo Bay is a small coastal town with a main road lined with restaurants and shops, and another behind it lined with hotels. I found some great sculptures and a memorial fountain in the park area. 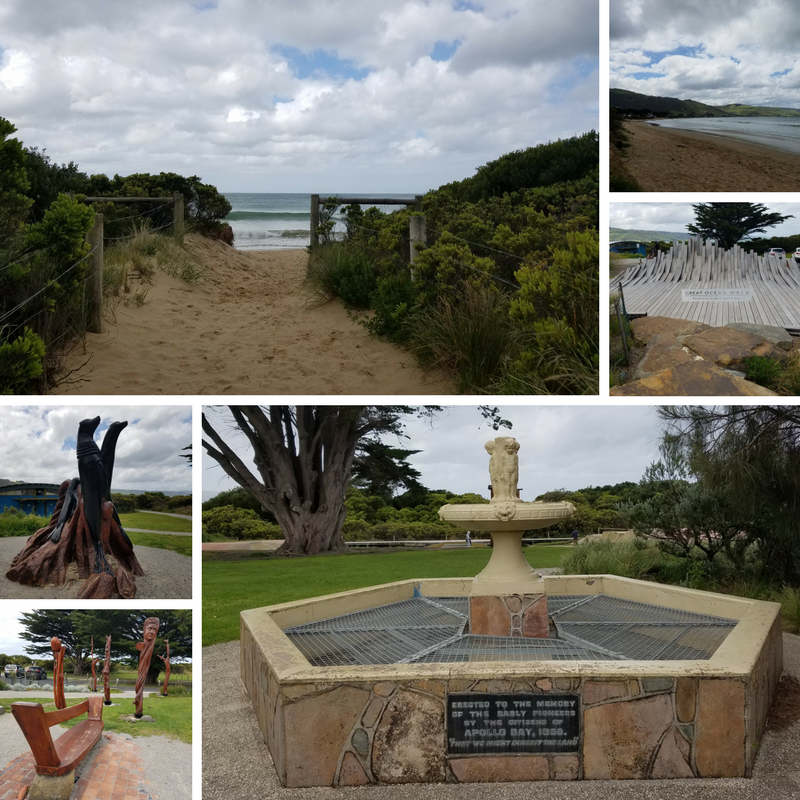 Split Point Lighthouse was constructed in 1891, this lighthouse now works as a mobile phone base system! It is also well known in Australia as the location of a popular children’s TV series “Round the Twist”. 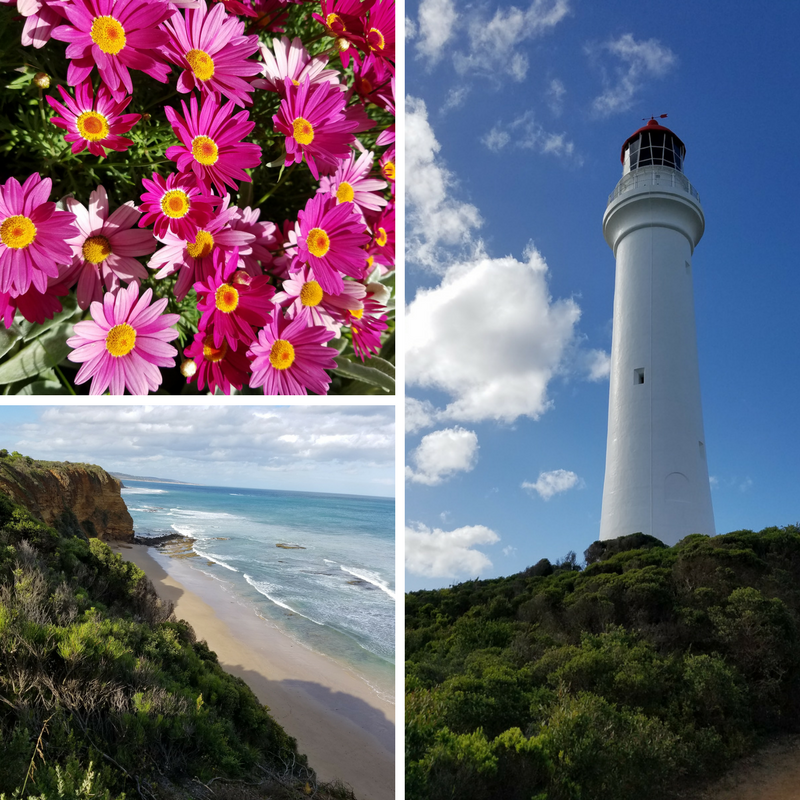 And, finally: Bell’s Beach – a world-renowned surf beach, home to the longest-running surfing competition “Rip Curl Pro Surf & Music Festival”. But those of you who know me, know that doesn’t impress me nearly as much as the fact that this is the where Johnny Utah finally tracks down the elusive Bodhi during the 50-year storm in the film Point Break! (Granted, although set at Bell’s Beach, the scene was actually shot along the Oregon coast, but whatever.) 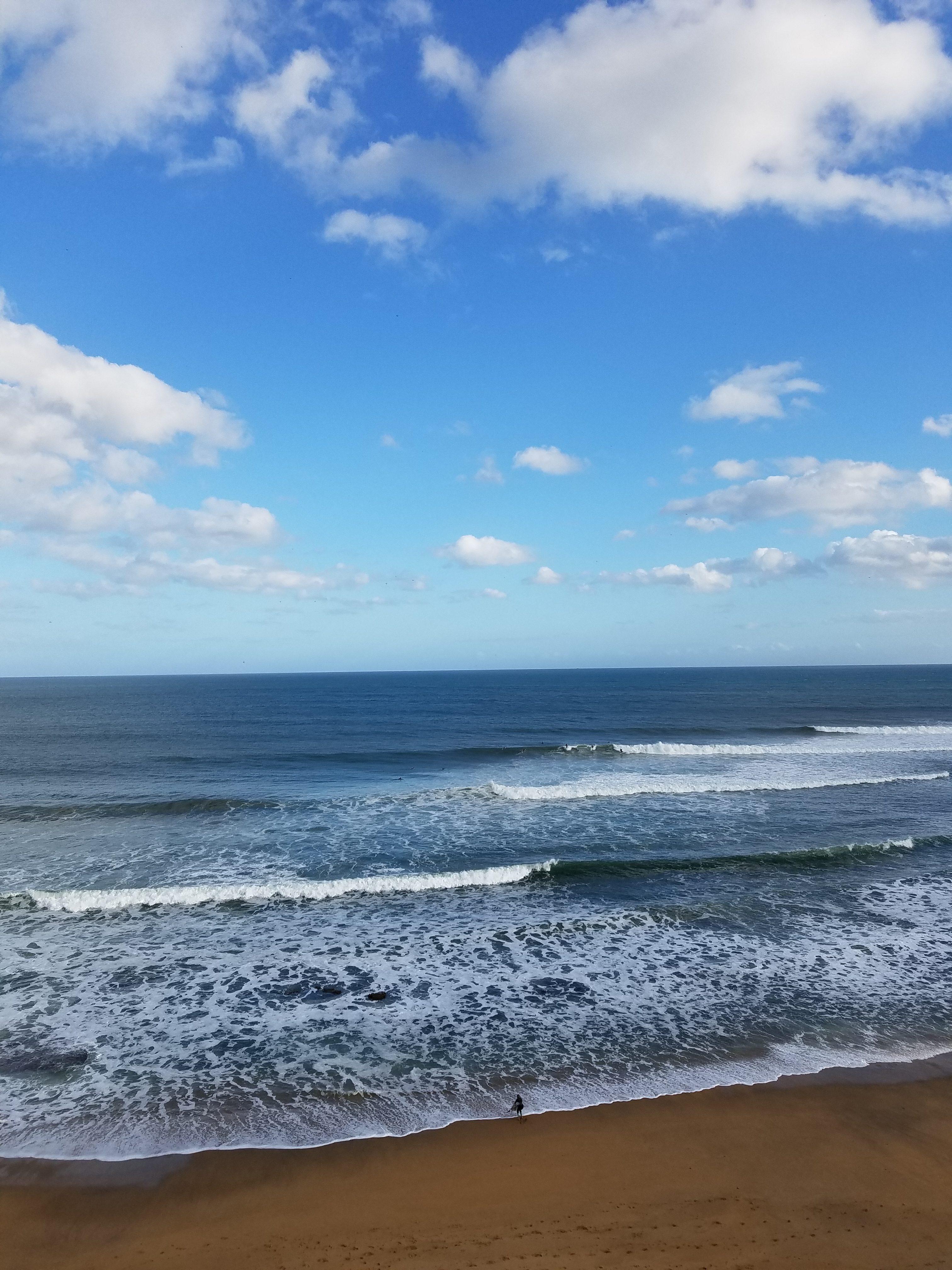 Here’s a recap of my budget. I’ve translated the budget to USD, based on my final credit card charge & a google conversion where I paid in cash. 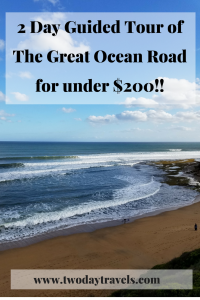 **Note: all links are for your convenience only, I am not an affiliate of any company and do not make money off recommending them. I just want to make it easy for you to find them if you’re interested!