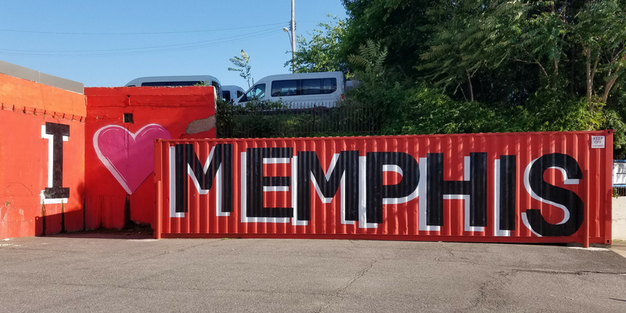 Recently, a friend was visiting Memphis, TN and invited me along for a weekend of fun, culture, and music. We had a great time exploring all the city had to offer!

Beale Street in Downtown Memphis runs almost 2 miles from the Mississippi River to East Street. It’s significant to the history of the city and the history of blues. Today it’s filled with blues clubs and restaurants, making it a major tourist attraction in the city. The Rock ‘n Soul Hall of Fame has a self-guided walking tour of Beale Street and for $10 you get a map and a hand-held headset device that gives you directions to go to a particular spot, type in a number and hear some interesting tidbits of history or of cultural significance to that location. It was a lot of fun to do and we learned so much more about the area and buildings than we would have just walked on our own. And, as you can see, we especially enjoyed the many painted guitars that lined Beale Street!
Cost: $10 (Self-guided Tour) 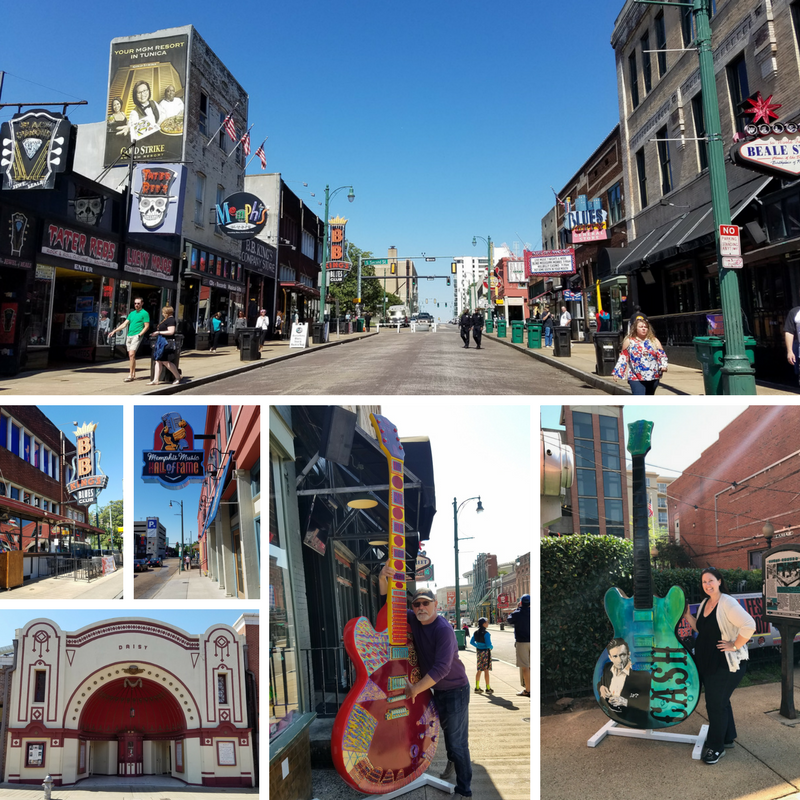 While we didn’t make it out to Graceland, we did get to see a statue of The King along Beale Street. Interesting story: this is actually the 2nd Elvis statue here. The first depicted Elvis in his later years, wearing one of his fringed costumes. Well, so many tourists broke off the fringe pieces as a souvenir that the city finally moved the statue indoors to the Memphis Tennessee Welcome Center to protect it from further damage and replaced it with this statue of Elvis, depicting him as he would have been about the time he was playing the clubs along Beale Street, circa 1955. 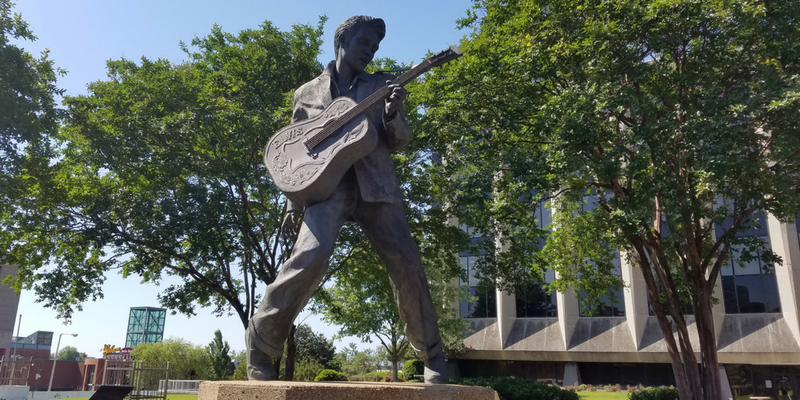 The Lorraine Motel in Memphis is the location of Dr. Martin Luther King Jr.’s assassination in 1968. Now the home of the National Civil Rights Museum, it maintains the rooms Dr. King and his colleagues were staying in on that fateful trip (Room 306 and 307) and traces the history of the Civil Rights Movement in the United States. Exhibits are dedicated to many iconic moments in history, including Rosa Parks’ bus ride, a replica burning Greyhound Bus of the Freedom Riders, and an original lunch counter of the student sit-ins in 1961. It’s a powerful, educational, and moving experience. I highly recommend spending a few hours here.
Cost: $15 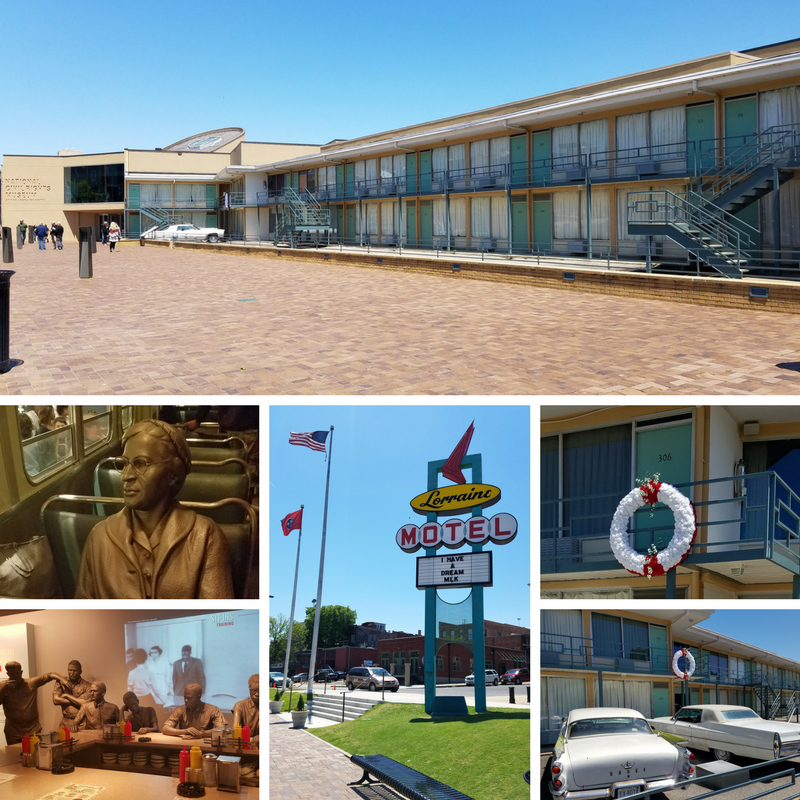 The downtown area is filled with many beautiful buildings and parks. There is also a trolley that runs on 3 different routes throughout the area. For $1 a ride (or $3.50 a day), you can ride the trolley as you explore the city.
Cost: $2 (two rides @ $1/each) 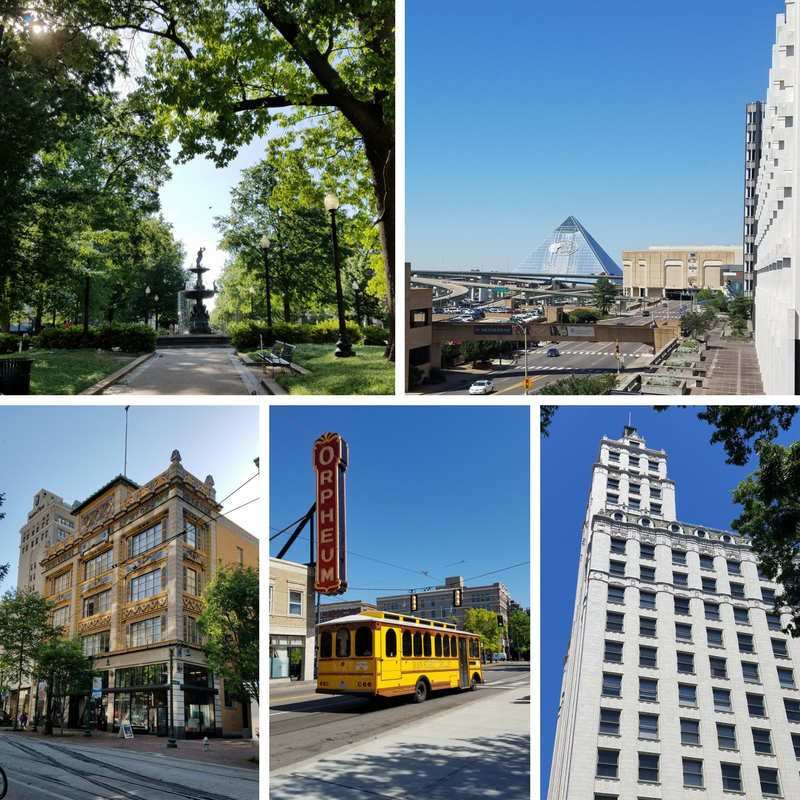 The photo in the upper right shows the Memphis Pyramid – originally the University of Memphis Men’s Basketball Arena it’s now a Bass Pro Shop. In addition to selling outdoor gear and sporting goods, it also houses the Big Cypress Lodge, Ducks Unlimited Waterfowling Heritage Center, an archery and pistol range, and a 28-story freestanding elevator with a glass observation deck at the top. This photo of the skyline of Memphis and the Mississippi River was taken from the Observation Deck.
Cost: $10 (Ticket to The Lookout Observation Deck)

Want to feel like a kid again? Be sure to stop by the Peabody Hotel and watch the ducks! Twice a day the ducks parade thru the lobby – in the morning to get down to the fountain, and in the afternoon to go back to their ‘home’ for the night. We were there in the afternoon, so watched them walk the red carpet and get on the elevator.  Be sure to get there early, as people start lining up about an hour prior to the parade!
Cost: FREE

Memphis has many gorgeous murals painted throughout the city – I especially liked these: 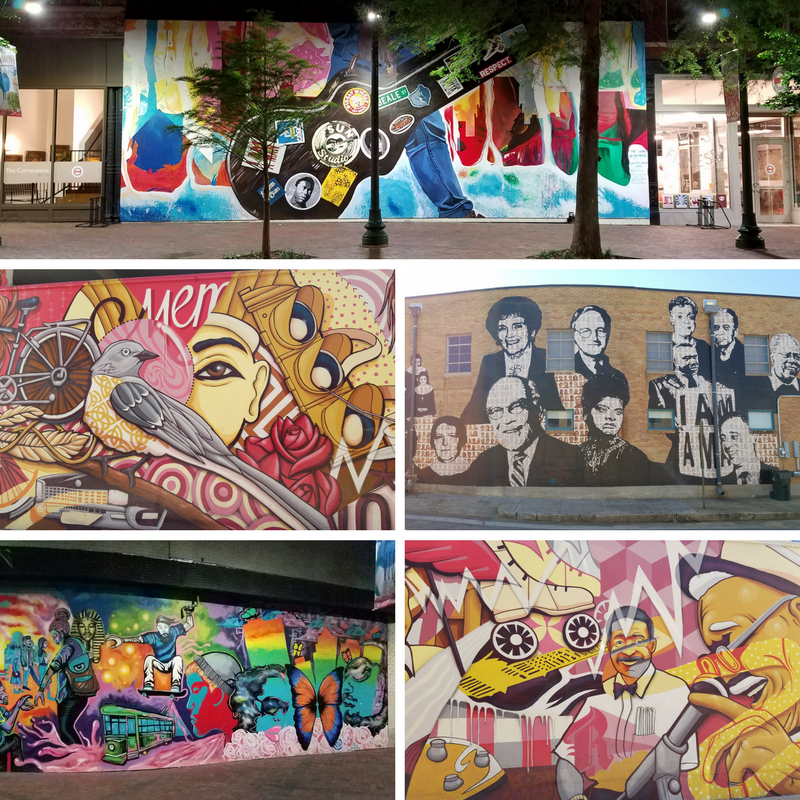 One of my favorite surprises in our visit was the Dixon Gallery and Gardens. A museum dedicated to American and French Impressionist & Post-Impressionist art. Including the Rodin statue Three Shades at the entrance and the Chagall seen below, it also houses a 600 piece Stout Collection of 18th-century German porcelain, which is surprisingly quite interesting and very beautiful. The grounds cover 17 acres and are filled with statues, flowers, fountains, and even a perfumery. It was a lovely way to spend the afternoon.
Cost $7 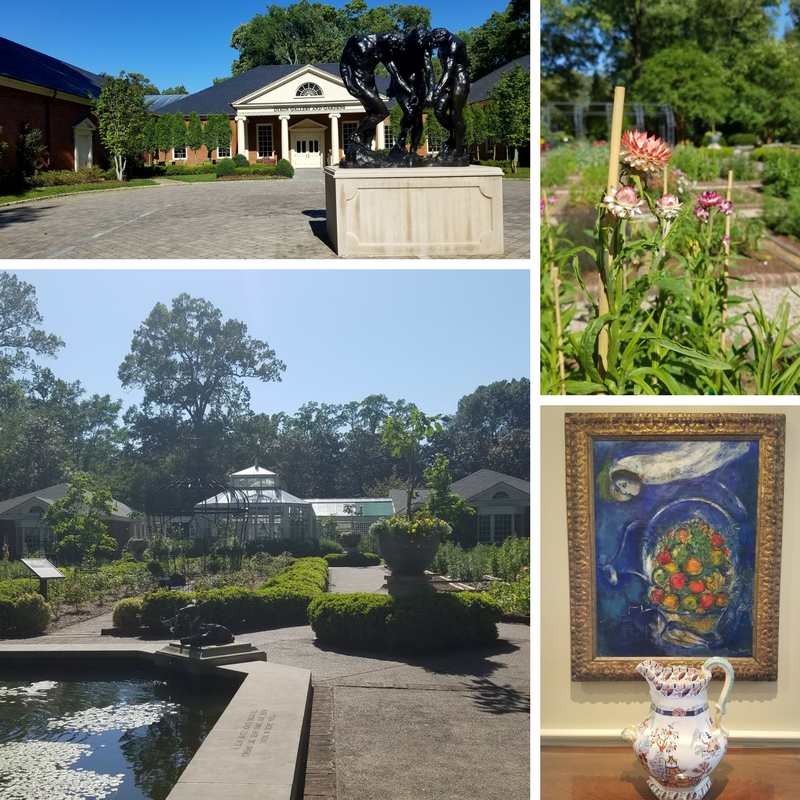 You can’t go to Memphis and not experience music, somewhere, somehow. In our case, we elected to spend the evening at the Beale Street Music Festival!  We experienced 4 stages of music (24 groups performed the night we were there, including Kings of Leon, X Ambassadors, and Death Cab for Cutie!), and rows of food, drink, and art vendors. Located at the bottom of Beale Street at Tom Lee Park along the Mississippi River, we saw a beautiful sunset while enjoying the music into the night.
Cost: $57 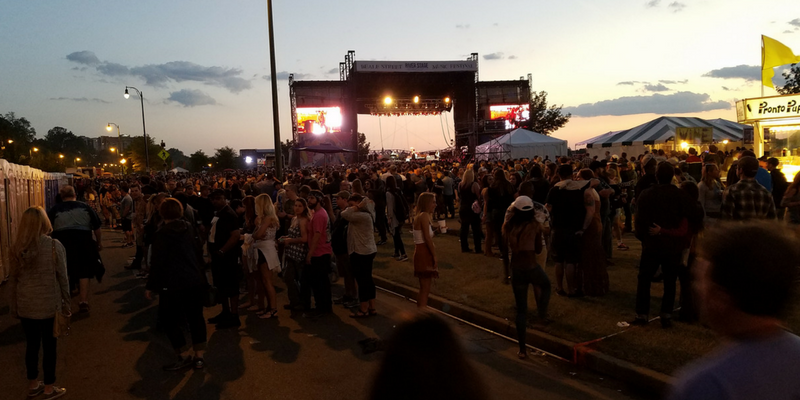 There are so many things to do in Memphis! Here is a recap of where we went, other places we could have gone: 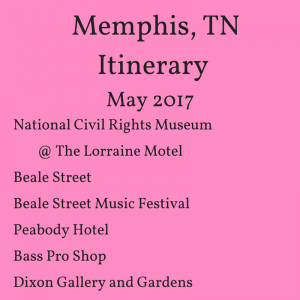 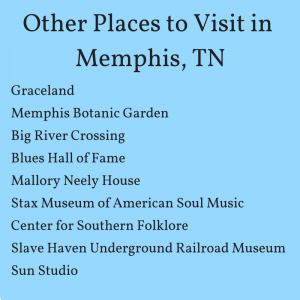 … and how much I spent for the weekend: 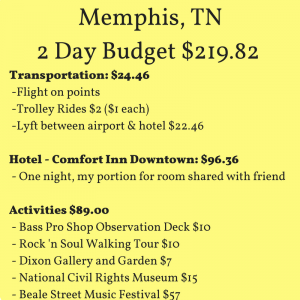 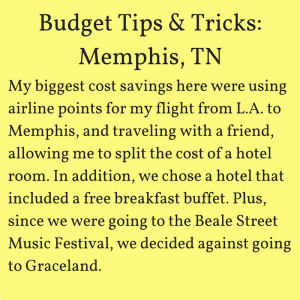 As always, if you like what you’ve read, please consider sharing it on social media! 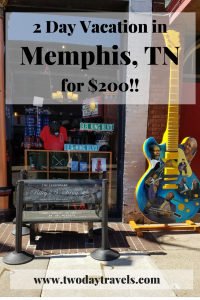 ** This post is dedicated to my cousin, Christopher Gallagher. **

Note: all links are for your convenience only, I am not an affiliate of any company and do not make money off recommending them. I just want to make it easy for you to find them if you’re interested!